When it comes to enduring puzzles, the zodiac ciphers are amongst the most infamous. They combine the fascination with true crime, and serial killers, with a cipher that tantalizes the amateur cryptologist. There are four encrypted communications received from the Zodiac Killer, but so far only two of them have been solved.

If you want to try solving the Zodiac Ciphers, you can use this tool.

The ciphers are a part of the reason why Zodiac, who claims to have killed 37 (of which 5 are confirmed as his victims), remains a source of fascination and an inspiration to writers and film makers to this day. More information about the Zodiac can be found at Zodiackiller.com. If you fancy your chances at cracking the Zodiac’s codes, here’s what you need to know.

The first letter that Zodiac sent to the press was in April 1967, but that was a simple message. By 1969, Zodiac wanted to communicate in a different way. On the 31st of July letters arrived at the Vallejo Times, the San Francisco Examiner and the San Francisco Chronicle marked as, ‘Please rush to editor.’ Each envelope contained a letter telling the editor to print the enclosed cipher and threatening to kill others if they didn’t comply.

The cipher was a series of symbols, presented in 8 rows of 17 symbols for a total of 408 characters; all Zodiac Ciphers are referred to by the length of the message, hence this one is Z 408. As well as letters and reverse letters, the symbols included squares and circles, with various parts shaded, and mathematical symbols. The decision was made to go ahead with publication. Each newspaper had received a different piece of cipher. Amateur and professional cryptologists alike started work on the challenge.

It was husband and wife, Donald and Bettye Harden who were the first to crack Zodiac’s cipher. They began by looking for patterns in the ciphertext and noticed that certain symbols appeared together more frequently. In frequency analysis, the letter L is the most common doubled letter in the English language. The Harden’s figured that this letter might include the word ‘kill’ and using that as a starting point were able to decode the cipher.

Zodiac had used a homophonic substitution cipher. Rather than having one to one correspondence like a regular substitution cipher, the killer had tried to prevent the code from being cracked using frequency analysis and had given multiple symbols to the most frequently used letter. The letter E had seven different symbols assigned, for example, and T had four. The patterns were recognizable, because Zodiac had been quite systematic, and had used each of the substitutions in a cycle.

The solution which the Harden’s came up with decoded all but the last 18 letters of the cipher. Because this section is at the end of the communication, many have speculated it includes Zodiac’s real name, however an accepted solution has never been found.

In November of 1969, the San Francisco Chronicle received another communication from Zodiac. This time it was a greetings card that included a message with the oblique threat that Zodiac being ignored would cause him to kill again. A second cipher was included, which at first glance resembled Z 480 as it used many of the same symbols and was presented in a similar grid format.

The solution discovered by the Harden’s was useless, though, and with new symbols added in it seemed as if Zodiac had decided to add an extra layer of complexity to this new cipher. It’s thought that the news coverage of the Harden’s method of decryption encouraged Zodiac to change his method, so this cipher was not so simple to crack.

Zodiac succeeded. Even today, there is no agreed solution to Z 340. Many solutions have been suggested; unfortunately, most of these have been tainted by wishful thinking. Generally, someone who believes a particular suspect was Zodiac looks for a way to make the code fit and prove their theory. Solutions have been suggested that appear to name suspects like Arthur Leigh Allen, Edward Wayne Edwards, and Richard Gaikowski.

There are some tantalizing features to Z 340. The 10th line of twenty starts and ends with a – symbol, the middle symbol of the line is a +. Some have considered this to be a clue to the fact that the message needs to be split and has different solutions for each section. There are also some patterns of symbols which occur more frequently than is likely by chance. David Oranchak has created several YouTube videos which have in-depth analysis of this cipher.

The Z340 Cipher was finally solved in December 2020 by a team of code-breakers: Sam Blake, Jarl Van Eycke and David Oranchak. The solution is presented in this video.

This is the text of the solved cipher:

In April 1970, Zodiac sent another message to the Chronicle. Inside the envelope was a letter, most of which was in plain text however there were 13 encoded characters following the phrase, ‘My name is.’ In the letter, Zodiac discusses killing cops and school children, and included a diagram of a bomb that would be activated by sunlight.

Because the cipher is only 13 characters long, it’s too short to use frequency analysis to attempt to crack it. It’s unlikely that a message this short could be decoded without knowing the key. However, one solution has been put forward which may provide a solution not only to Z 13, but also to Z 340.

In October 1969, the President of the American Cryptogram Association, Dr. D. C. B. Marsh, issued a challenge to Zodiac to encrypt their name. While it seems that Z 340 is the most obvious message to have been a ‘reply’ to Marsh’s challenge, it could be that Zodiac used a name as the key to encryption. The solution to Z 13 that has the most traction is that it decrypts to Alfred E. Neuman; the mascot of Mad Magazine.

While this fictional mascot clearly isn’t Zodiac, some feel that this is just another way the killer has chosen to taunt those who were trying to find them. Or perhaps Zodiac just wanted to give a hint to the key used on Z 340. 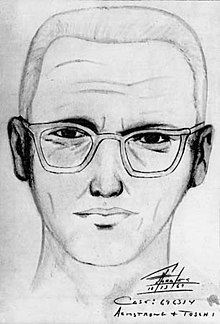 This cipher came as part of a letter delivered to the Chronicle in June 1970. In it, Zodiac complains that the people of San Francisco haven’t been wearing the Zodiac symbol buttons (badges) that he had asked them to. Zodiac also claims to have planted a bomb and that the cipher, coupled with a map, would tell authorities where to dig.

It seems likely that the plaintext would be coordinates to a location on the map that was sent with it. In addition, the map included the notes, ‘0 is to be set to Mag N’ and ‘The Mt Diablo Code concerns radians and #inches along the radians’ which seem to bear this out. It has been suggested that these notes mean that Zodiac was at the top of Mt Diablo, set their watch bezel to magnetic north and read off coordinates that pointed to the target. Although solutions have been suggested, none have been confirmed as accurate.

Alongside the ciphers, Zodiac was a prolific writer to the press sending more than 20 cards and letters over several years. Zodiac experts suspect that there are other letters in the police archives which have not been properly identified.

For example, in October 1970, Zodiac sent a Halloween card to Paul Avery, a reporter for the SF Chronicle. The card was store bought, but had been personalized by Zodiac to include numbers, symbols and messages.

The killer sometimes also left messages at the scene of the crime. In 1966 a sinister poem was found etched into a desk at Riverside City College Library, believed to be linked to the murder of Cheri Jo Bates. At the Lake Berryessa crime scene, Zodiac had written on the door of the victim’s car including dates of previous crimes.

Some sleuths look to these other communications for clues to help decode the ciphers. They are certainly an uncomfortable window into the mind of a killer.

The Zodiac Killer continues to fascinate true crime fans around the world, with new movies and documentaries being added to the archive at regular intervals. Zodiac has become a ‘bogeyman’ character, and the desire to find out who this person may have been continues to drive many people to use their spare time working on the ciphers.

It may be that as computers become more powerful, a solution to Z 340 can finally be found, or that it will be proved once and for all to be a fake. But in the meantime, this is one puzzle that many people find completely irresistible. How about you?