From cryptic crosswords to board games, anagrams are one of the most commonly used forms of word puzzle. With a history dating back to ancient Greece, the desire to play with words has been a part of the human psyche for thousands of years. If you’re trying to create or crack an anagram, you’ve come to the right place to learn how to improve your skills or use our tools to help you get past puzzler’s block.

Note: Are you looking for a "words in a word" finder or a letters to words generator? Then try the word unscrambler.

Need to validate an anagram? Click here or scroll down.

What is an Anagram?

Anagrams are a deceptively simple idea. To create one, you just take the letters of one word and rearrange them. The trick comes in trying to make new words or phrases from the original, or with enough skill that it hides the original word from view.

The idea has been popular almost as long as language has been recorded, with the Ancient Greeks and Romans using them for different purposes. In modern times, though, anagrams are usually used as a mental exercise; a taxing crossword clue or puzzle.

The art of a good anagram is that it creates a new word or phrase, and this has been used to satire, parody or criticize a person or subject. For example, there’s the famous theory that the King of Rock n Roll didn’t pass away at Graceland in 1977. 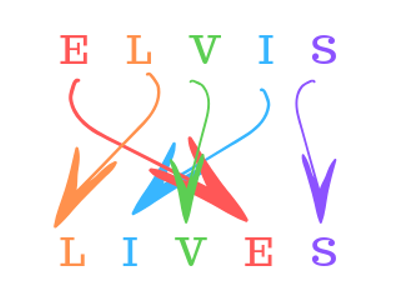 1. a word, phrase or sentence formed from another by rearranging its letters.

Sometimes, you’ll look at an anagram and be able to see immediately what the other word or words are. At other times you will stare blankly at the series of letters, hoping they will magically rearrange themselves before your eyes. Thankfully, though, anagramming isn’t a skill that you’re just born with, it is something that you can improve with practice and by keeping these techniques in mind.

As text speak (or txt spk) is teaching us, it’s possible to understand words even if they’ve been thoroughly disemvoweled. While it might make literary purists grind their teeth, this sort of rapid spelling can come in handy as an anagram solver. To try this technique, simply write your anagram out again without any of the vowels (A, E, I, O and U) and see if you can arrange the consonants into a pattern that sounds like something. For example:
Anagram: NAPIT

Some words go together better than others. Take ING for example, they’re often found loitering at the end of words, or L&Y which love to be together. You could also look for common prefixes and suffixes, which can point you in the right direction.

If you can’t see the solution with the letters in the sequence that they’ve been presented to you, try writing them out again in a different order. This can be particularly useful if you’re working on an anagram that has created another word or phrase, as you brain can get fixated on the easy solution in front of you and not see any alternatives.

If you’re finding yourself getting frustrated with the puzzle, then take a leaf out of Charles Dickens’ book and go for a nice long walk. The famous author used to write every day until 2pm and then walk, sometimes into the night. Scientists now know that this allows your brain to switch from focused mode to diffused mode. What that means is that rather than trying to push through your mental block with sheer force of will, you can just go and do something else and let your subconscious work on the puzzle. It can be surprisingly effective!

Since the point of puzzle games is to have fun, there’s really no point in torturing yourself if you can’t see the answer. Instead, why not just use an anagram solver tool, like the one at the top of this page, and get on with another puzzle that will be more enjoyable?

Check that two words, phrases or sentences have the same letters. For example: SILENT and LISTEN.

While anagrams are just a simple matter of rearranging letters, the ways and reasons that those letters are rearranged can differ. This had led to a number of different types of anagram, which it is worth understanding as knowing why something has been encrypted can help you decrypt it.

An Anagram to Encode or Hide a meaning

Rearranging the letters of a word is a very basic way of making a code. While it shouldn’t be used for sensitive information, if you keep your method secret it would be an effective method of hiding phone numbers or other notes you want to hide from prying eyes. NB. To encode numbers, first choose the letter it corresponds to on a telephone keypad. When the BBC were talking about bringing back the Sci-Fi show, Doctor Who, they referred to it in internal documents by an anagram, Torchwood, to avoid leaks getting out. Of course, that anagram then went on to be a part of show’s history.

Letters rearranged to a new meaning

This is where anagrams get playful – using the letters from a word of phrase to come up with a different meaning entirely. This is far easier with a longer phrase than a single word, which has sometimes led to anagramers taking liberties and substituting letters such as Z for S. This type of anagram is often used for satire, for example when the phrase, ‘Rail Safety’ is rearranged to read, ‘Fairy Tales’.

If you take one word or phrase and rearrange it to mean the exact opposite, then you’ve made an antigram. For example, if you work in retail you might not feel too kindly towards your clientele…

If you enjoy satire, then you’ll like this next type of anagram. It’s the taking of a person’s name and using those letters to create a word or phrase. There’s a lot of skill involved in this, but the results are often worth the effort, for example: Gillian Anderson who says, ‘No aliens, darling’ or James Bond and his demon jabs.

Historians have traced the anagram all the way back to the 6th Century BCE, when Pythagorus, Plato and other famous names used ‘Theremu’ (which translates as changing) to rearrange names and words to divine meaning.

Then in the 3rd century BCE, a Greek poet called Lycophron wanted to flatter the king. He wrote a poem about the siege of Troy and included anagrams of both Ptolemy and his wife Arsinoë. By rearranging the letters of their names, he was able to imply Ptolemy was, ‘Made of honey’, while his wife was ‘Hera’s Violet,’ a testament to her beauty.

When the majority of people who could read and write spoke Latin, (13th-15th Century) anagrams were a popular form of divination, but they were also used for recreation. There was a drive to keep anagrams, ‘perfect’ by using only the letters provided, although some substitutions were allowed: I for J, VV for W and so on. It was also during this time that Jewish Kabbalists used anagrams for divination.

It was during the 17th Century that wordplay had a resurgence. Some of the brightest minds began ‘leaking’ their breakthroughs by first presenting them in anagram form. When Robert Hooke discovered Hooke’s Law, he first published it as an anagram which could be decoded to, ‘As the tension, so the force.’

Even pranksters enjoyed using anagrams to tip people off to their tricks. When Sir Peter Scott formed the Loch Ness Phenomena Investigation Bureau, he petitioned to have the Loch Ness Monster officially registered as an endangered species under the name ‘Nessiteras rhombopteryx’ which translated as ‘the monster of Ness with the diamond shaped fin.’ It was the Daily Telegraph who noted the name was an anagram of, ‘Monster hoax by Sir Peter S.’

As you can imagine, over the years, anagrams have been used for many different purposes. Here are just a few.

There are many word games that use anagrams, or the skills of making and breaking them at their core. Scrabble gives you 7 letters to make a word from, Boggle encourages you to find as many words as you can from a selection of letters, and anagram-based clues are a favorite of crosswords.

If you’re a star spotter, then learning to recognize anagrams of famous names will serve you well. It’s not uncommon for someone to use an anagram to hide their identity, or to use it to reference themselves in an oblique was as Jim Morrison did in L.A Woman when he sang about Mr. Mojo Risin’.

Whether it’s hiding the name of a project a la Doctor Who, or just reinterpreting the title as happened with Horam Hick Jr.’s book, Rocket Boys, which became October Sky for its movie version, wherever there are creative people, there are anagrams. Who can forget the moment when Tom Marvolo Riddle’s name was rearranged?

And just like those ancient Greeks, there are still people today who use anagrams as a means of seeking a spiritual meaning. If you write your name and your career down, can you come up with any auspicious anagrams? If not, some would suggest you’re in the wrong job.

Ready to Nag a Ram?

From scientists to surrealists, poets to pranksters, anagrams have been used for many purposes during their history. As you pick up a pen and paper and start trying to work through your latest anagram, you’re sharing a common experience with ancestors going back almost 3,000 years. And if that idea doesn’t appeal, you can always embrace the modern way and just use a computer to solve the thing for you!